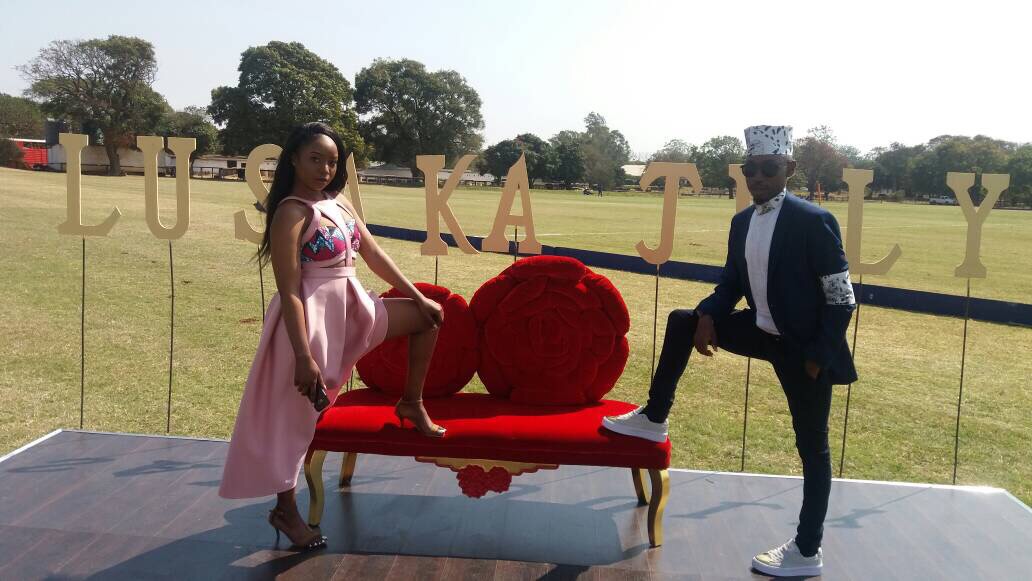 African Luxury, what you know about THAT?

PR Girl Media came through and put these elements together for what I feel was the best event of the year 2017 thus far. A combination of polo, fashion (both runway and draped on guests), live music, gourmet food and opulent beverages tuned to an African Luxury theme; apt, seeing as this IS Zambia (THE REAL AFRICA).

This isn’t the first Lusaka July event, but this one was bigger, and definitely better (not only because I went to this one). The first one was a test run, it was lowkey and not promoted as hard so most of us barely knew about it. This year’s event had people talking MONTHS before D-DAY. Conversations ranged from ticket prices to the name of the event; ZMW 700 a piece had jaws dropping and Cement Twitter talking about the number of houses or goats you could buy with that amount (pffttt, all the eye rolls, let people enjoy things!). The name ‘Lusaka July’, another topic of many an online discussion, because of its perceived direct relation to The Durban July; recent explanations have been made as to why The Lusaka July…because it is a glamorous polo/fashion event, and the most popular event involving horses and high fashion is The Durban July. PR Girl ran with something their audience could relate with and gave it a Zambian spin.

The months leading up to the event were filled with anticipation as performers, designers, event activities and sponsors were slowly unveiled. Each day it became clearer that this was no average event and maybe, just maybe, it was worth that 7 hunna. When South African actress and TV personality Boity Thulo was announced as the special guest, I can bet you ticket sales shot up by at least 50%. Hell, I’m not her biggest fan but even I was stoked!

The most exciting announcement for me though, besides the 8 drink coupons and the food stalls, was the social media booth on the red carpet that was gonna be hosted by Taonga Kaonga and I, a first for me and for any other event in Zambia. Of-course there were discussions in the background but that official announcement had me even more hype for the event, especially because I knew this meant I would definitely get the chance to meet Boity and be the envy of many of you.

The final run up to event was CRAZY! Every tailor you went to had someone prepping for The July. Zambians were ready to BRING IT with the fashion. I got to run around with PR Girl Media for a day and saw how hectic a full day with them pre-event is. We did radio with Luchi and TV with Malama of Diamond TV, this was the fun stuff.

8th July came around and I was so hype I barely slept the night before.

Nervcited, that’s the word. I was super excited and nervous at the same damn time! I was not only going to attend, but was gonna be doing live interviews with some of your favorite local socialites and celebrities. I had never done interviews before this so the nerves were definitely present.

I got to The Horse Shoe at 11 AM, as agreed, and the set up was magnificent. Definitely a luxury event! Red carpet arrivals were set for 11:00 to 12:30, but you and I know ALL about ‘Zambian time’.

While we waited I watched a polo match or two. I had NO idea what was going on, all I remember is thinking “damn, these horsies are soooo big,” I even saw one with a star tatted butt. I’ve heard some horror stories about horses going crazy because of noise so I kept a good distance just in case. I was slightly ashamed when I saw what looked like a 5 year old riding a horse 5 times his size and STILL being able to play the polo, madness!

The carpet only started to flow with guests after 1 PM and so my social media hosting on Facebook live commenced.

The red carpet fashion was an eclectic mix of chitenge fabric (the people’s obvious go-to for the African Luxury theme), beads, laces, African warrior gear, tuxedos and the occasional person that looked like they had been told about the event the night before and simply rocked up in their Saturday Night/Sunday best. 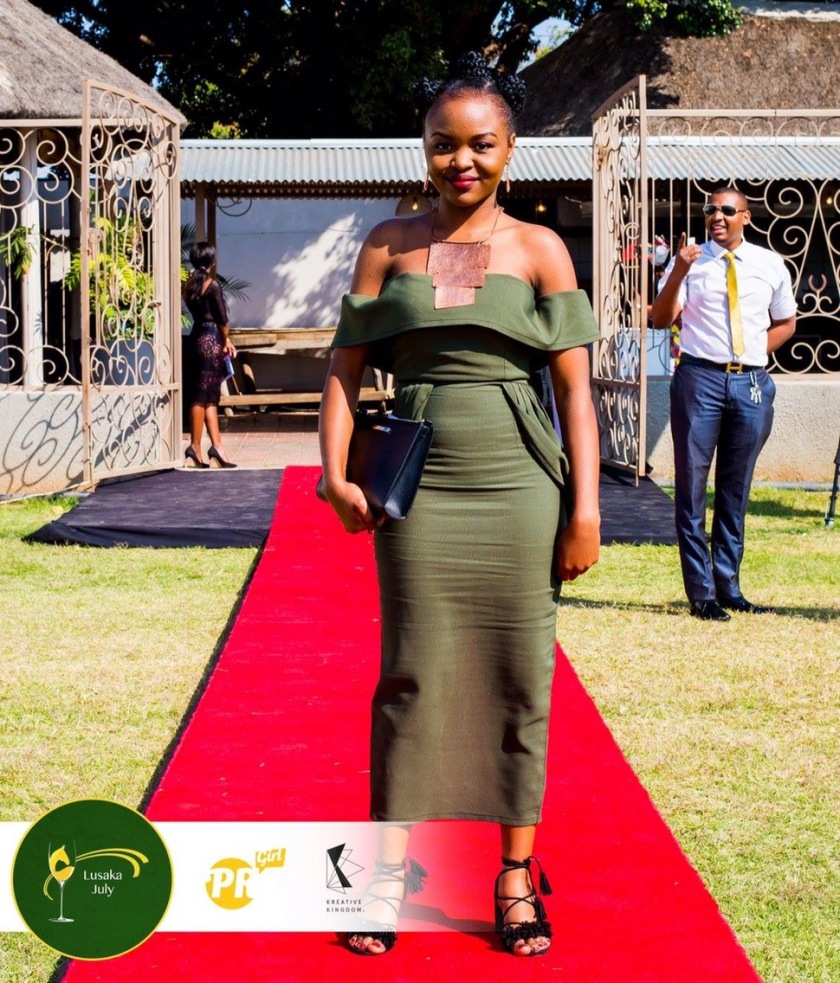 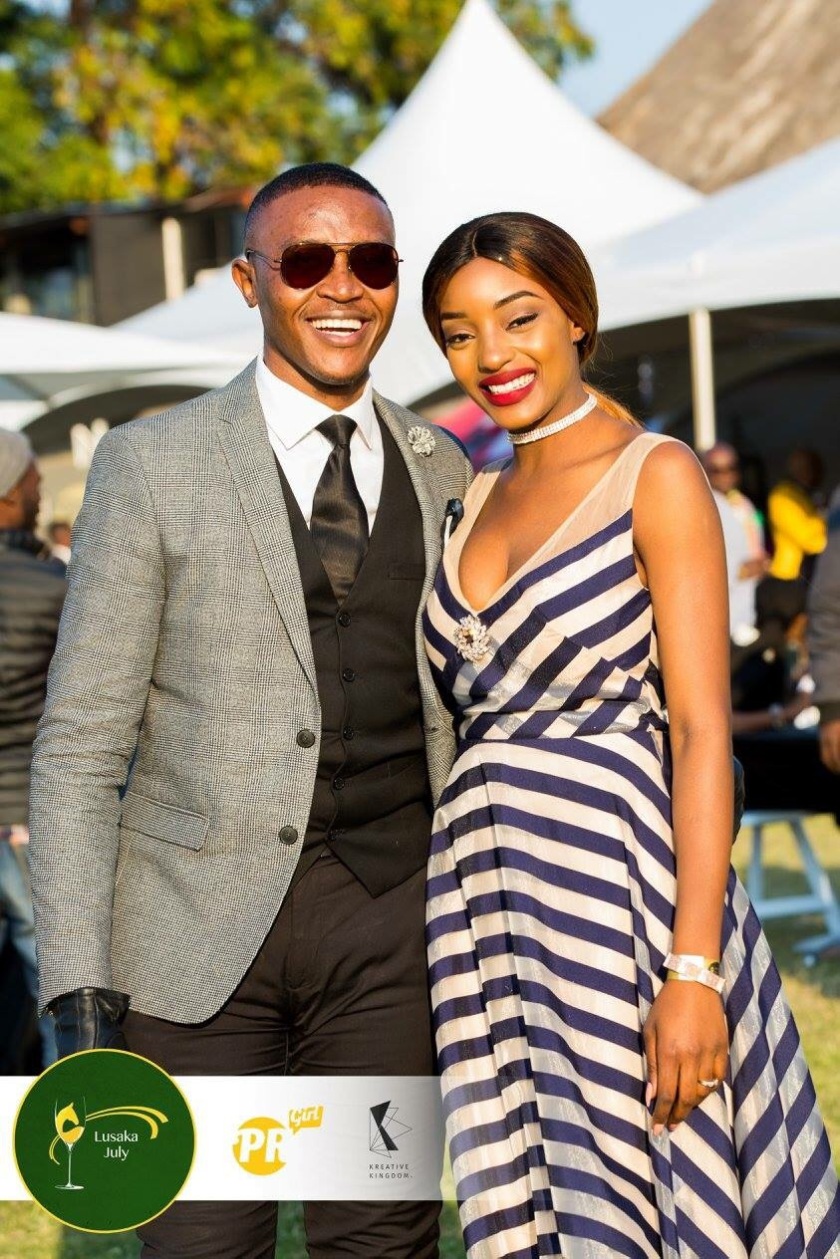 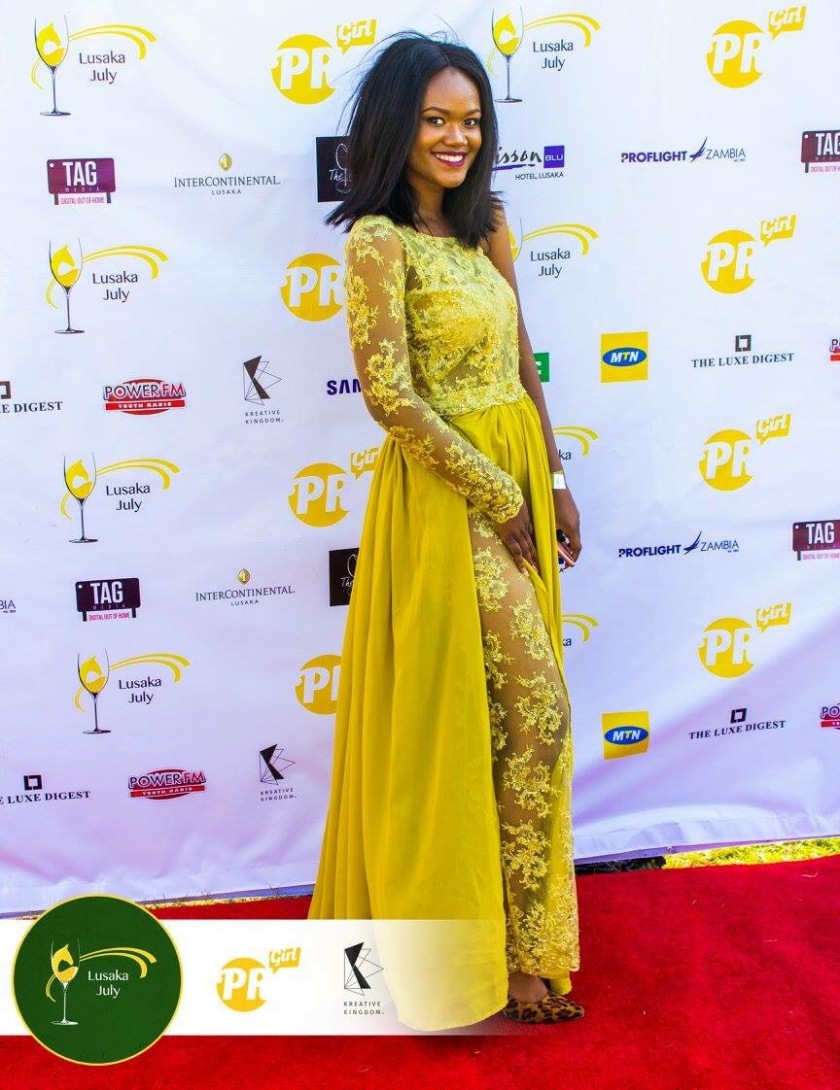 [Shameless plug: Check out the videos on the Lusaka July Facebook page]

Seeing as my job for the day was to talk to everyone on the red carpet and give fomo to people that decided they’d rather buy a bundle and watch the event via the interwebs, I missed out on some parts of the event. A friend of mine, however, knowing how much I like to share my event experiences with you all offered to share what I had missed while I was on the job.

The Sun was out and the winds were calm on this July Saturday, ideal for the second Lusaka July; the prestigious undertaking by Zambia’s very own PR Girl Media. No expense was spared on the layout as seats were spread around tastefully decorated spaces on a freshly trimmed lawn overseeing an on-going polo match that few could tell you the end score of. The food section had a range of cuisine from fresh sushi, prawns and wasabi to Zambian snacks; chikanda and fried groundnuts as well as a delightful treats for sweet toothed patrons. 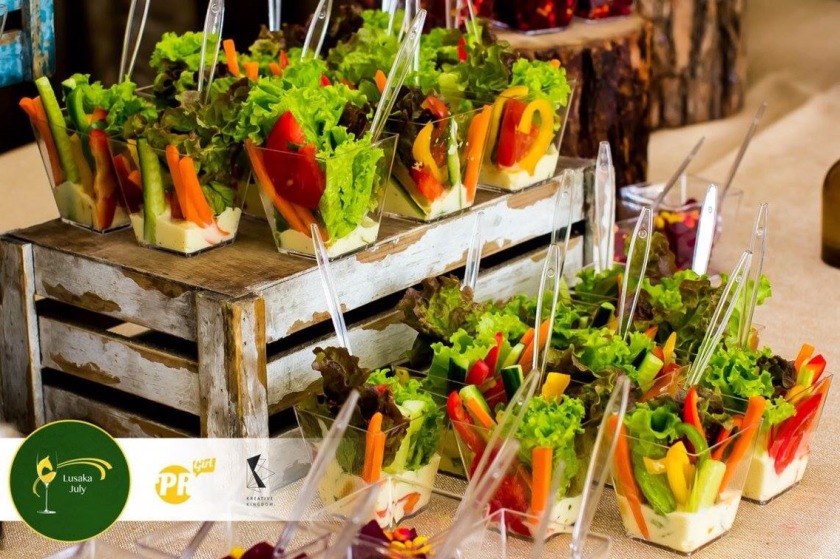 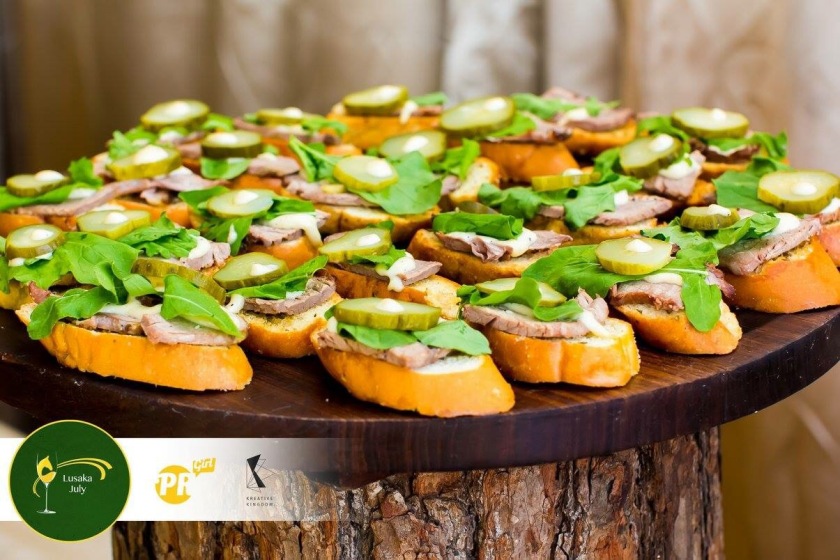 The red carpet rolled out on time as the invites indicated but if ever the expression “fashionably late” was most at work ,this was the place. I shamefully arrived a little after 2pm just in time to find lunch in session and only half-filled lawn area. Regardless,the atmosphere was warm and people mingled with one other over food and drink. An hour in,the crowd was buzzing but not for the reasons one would expect;a swarm of bees (likely without an invite) had descended upon a table setting up a home beneath it just close enough to warrant a few patrons to pick their plates and move to safe distance. Quick action was taken to ensure they were pacified and no injuries were encountered .In event organising ,anything can can go wry but seeing how swiftly a crisis is handled and how quickly a crowd returns to enjoying festivities demonstrates true professionalism. This was a winning point for the organisers.

More guests arrived in their Sunday best in adherence to the African Luxury themed soirée, stopping to take photographs on the red carpet before a near-angelic Cleo Ice Queen came out to formally welcome us as the host of the event.

She patrolled the crowd filled with a blend of guests who included musicians; Kuni,Wezi, Mampi,Salma Sky, media personalities Mafashio as well as an elegantly threaded Catherine Phiri of Zambian boxing fame. Soon ,the music stage came to life and the sounds of a guitar filled the air. James Sakala opened with a beauty acoustic rendition of his song ‘Kanfumu’ pulling even the most dedicated backbenchers (such as myself) nearer to the stage. 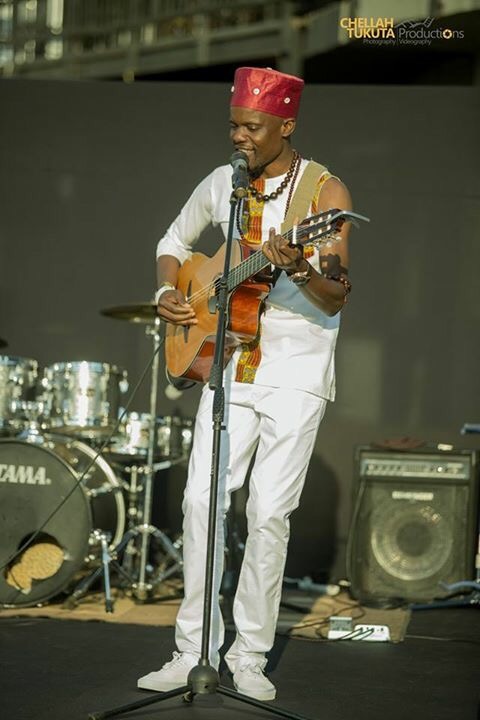 He went on to deliver masterful covers of a few K’Millian numbers while a crowd of women swooned in awe as frowns of concern from the men they came followed them.

I finally got a chance to join the festivities and ditch the interweb booth just in time for the fashion show.
I’m not much of a fashion head, I wear what feels comfortable and looks good to me, but even I was impressed by the collections exhibited on the Lusaka July runway.

“Africa’s highest fashion was showcased at the Lusaka July. It was a day of glitz and glamour as designers from Zambia, Ghana, South Africa and Botswana blew us away with their stunning designs. Chisoma Lombe of ChizÒ, Nadrey Laurent from Accra, Quiteria & George from Johannesburg, Mwenge of Lace, Esnoko by chiza and Gaborone’s IZaura by Mothusi Lesolle -Four cities of fashion and a spectacular runway brought undeniable style to Zambia’s most prestigious event.”

Our local models brought their smize and strut and set the runway alight. The designers’ choice of runway music gave it that extra flare and everyone was taken in the moment. Models are such a sight to behold, now imagine a model elegantly dressed in top designs strutting their stuff down the runway, live in front of your very eyes.

The show was magic!

Below are some of my favorite pieces: 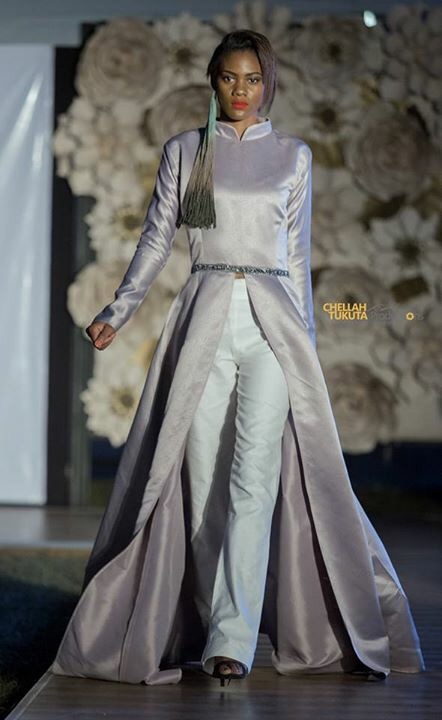 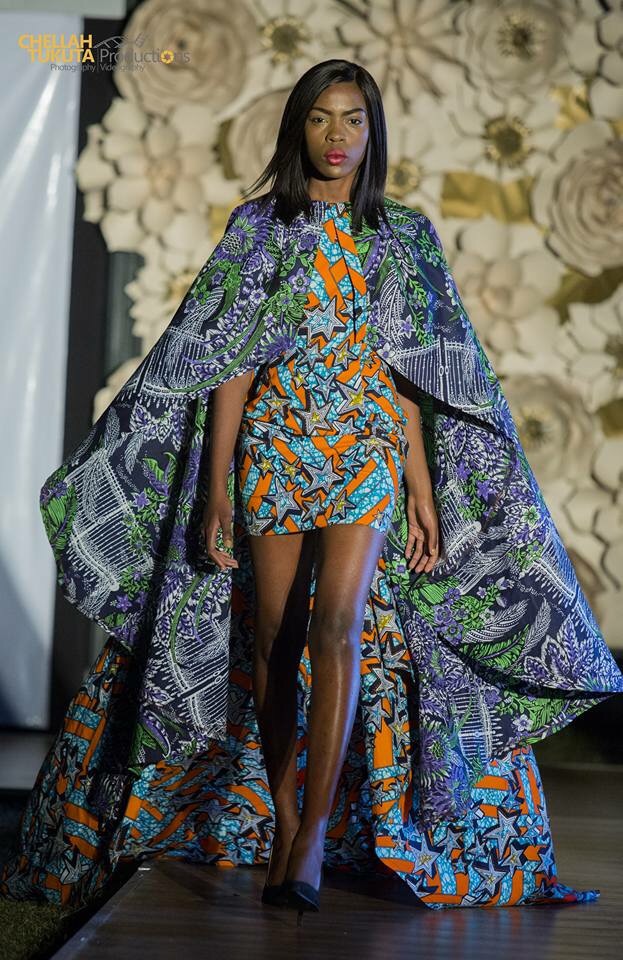 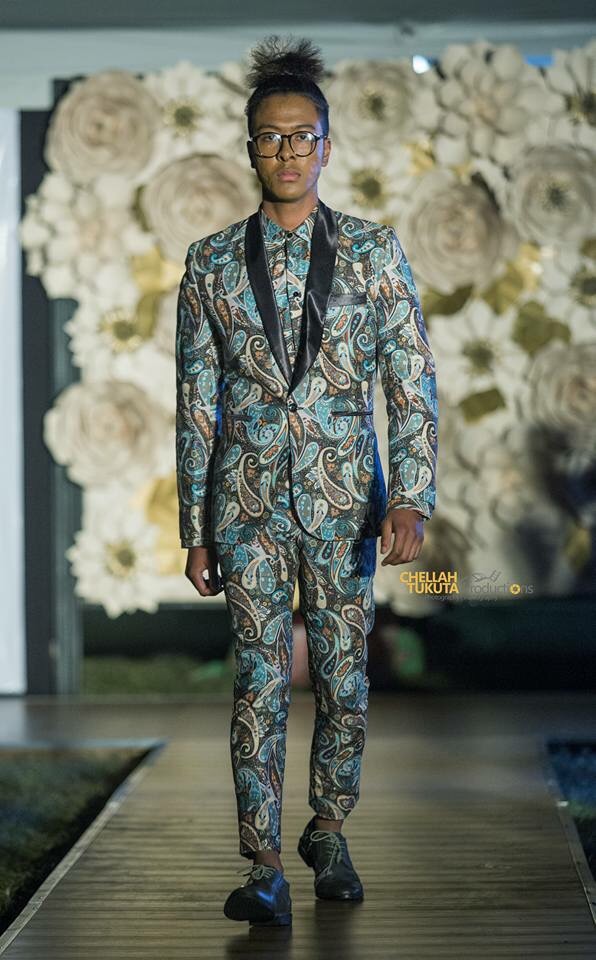 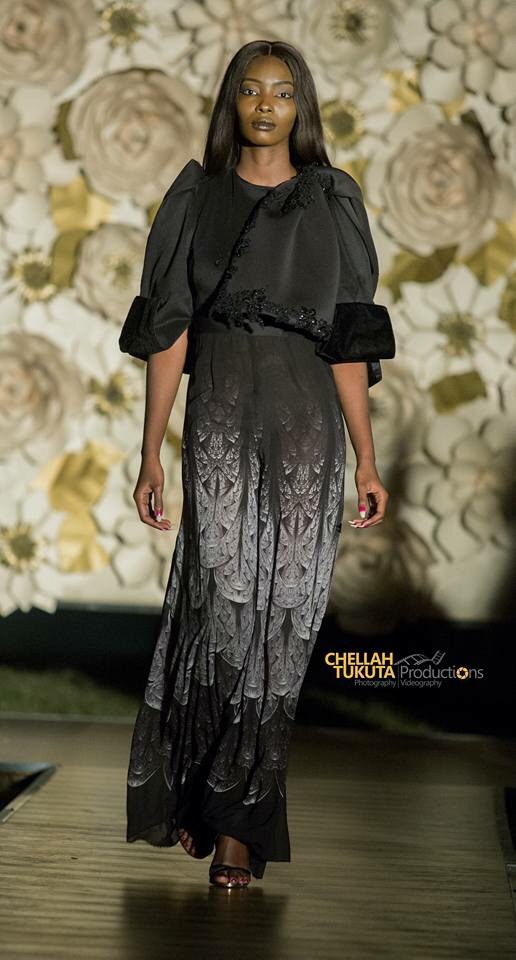 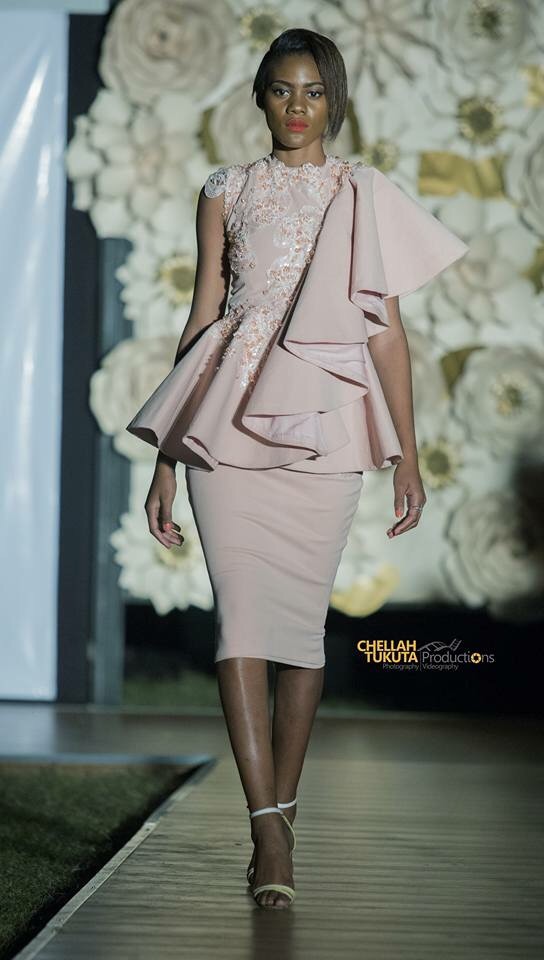 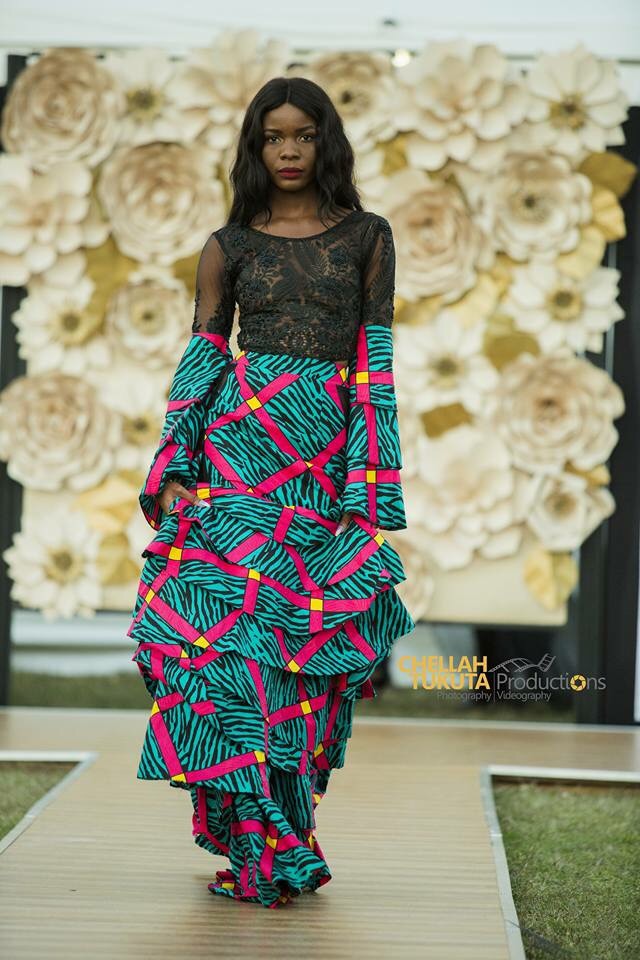 My favorite local model, Christina, was one of them and she said she loved my outfit 😁😍
Following the looks served by the designers, the people got a chance to be rewarded for the effort put into their attire as well.

Best dressed (male and female) won a return trip to Durban courtesy of Proflight, picked by the local fashion influencers present at the event.

Everyone was hoping to snatch this one, but I think we all agree Stanley Kaseke deserved to walk away with the best dressed male prize, his outfit was elaborate and on theme!

Chisanga Mwila walked away as best dressed female and I haven’t stopped looking at pictures of that dress since…looking like a beautiful peacock, she brought the slay!

After the fashion show, Zambia’s rising star Zarani took to the stage in a navy blue lace number accompanied by the Afro Red band. The way she swayed her hips as she covered some of our fave jams, from Davido’s If to MJ’s The Way You Make Me Feel…and went on to perform some of her own tunes. A powerful voice, a gorgeous face and body and some killer dance moves: the full package. Keep your eyes peeled, this one will be a star. 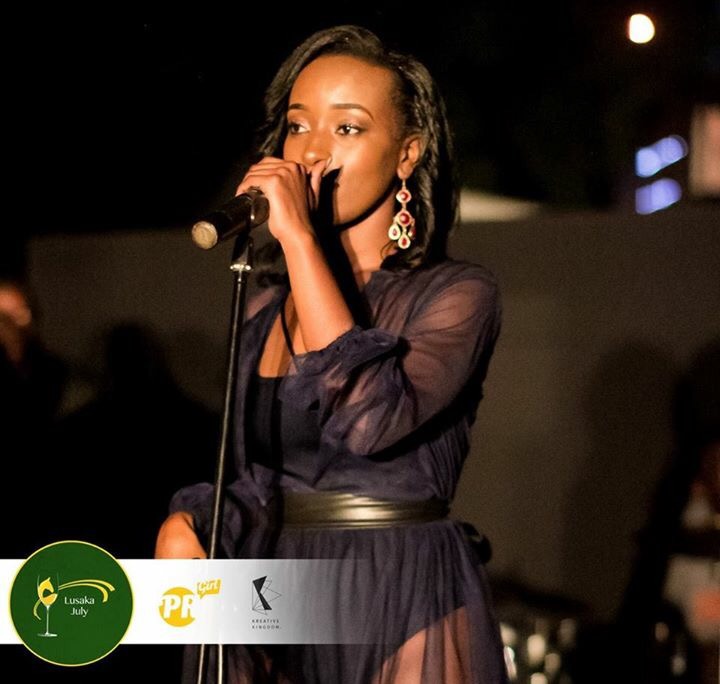 As Zarani sang to us in the background, I finally got the chance to speak to Boity. Yes, that video is there for all to see. She is the sweetest person and said I looked good. She smells amazing too and her skin literally radiates a glow that we can’t pin on hydration. She plugged the after party during our short little interview and just like that the day was a wrap.
People mingled and hang around, drinking wine, networking and taking pictures in the outfits they’ll probably never wear anywhere else as they awaited the after party festivities to begin at 8PM. The after party saw Boity dancing on tables, to the tunes brought by DJ Hussein as patrons and matrons popped bottles of champagne to the end the night at The Horse Shoe restaurant that was turned into our club for the night.